Since 22 December, 2018, returnee’s numbers have been growing by the day.

50persons known as returnees, among them seven females, are the current colony of the Buea Centre for Disarmament, Demobilization and Reintegration (DDR). Created by a presidential decree in 2018, the very first two returnee-fighters laid down their arms and integrated the centre on 22 December, 2018. They came from Ndian Division.

Since then, their numbers have gained exponential proportion with the latest arrival of seven others received last 17 September following the Head of State’s address to the nation instituting a Major National Dialogue.

This is the picture of the Buea centre for DDR born of the Government effort to appease the current upheaval tearing the two Anglophone Regions of Cameroon since November 2016.

Armed groups invaded all the thirteen administrative Divisions (seven in North West) and (six in South West). Above all, the situation continues to loom dark with imposed week-long lock-downs damaging socio- economic activities in the Region and taking the lives of young Cameroonians. Teachers and students are being hunted down to enforce ghost-school threats. Consequences are extensive with hundreds of thousands fleeing their homes, villages razed and life becoming unbearable.

The Regional Centre of DDR in Buea, functions in the premises of the Borstal Institute of Buea, which is a State institution that has been carrying out similar reintegration duties on behalf of the Government under the Ministry of Social Affairs. The first 2 (two) interns arrived here on December 22, 2018. Meanwhile the latest interns, seven in number, came in by 17 September, 2019, after the Head of State’s address on 10 September, 2019, instituting a Major National Dialogue.

The Buea centre can accommodate about 120 interns under very decent conditions. However, the figure can rise to 160. But in extreme necessity, the centre can entertain some 200 persons.

Like in personal life, the first thing is personal hygiene, a bathe, normal preparation to start the day. But officially, activities of the day begin with an assembly, hoisting of the flag, singing of the national Anthem, breakfast and classes which have to do with real education, civic education, and moral rearmament. Instructors are professionals from the Ministry of Social Affairs. By 11 am, the theoretical classes end and two hours are consecrated for workshop time. The workshop time is meant for practical lessons either in driving, farming, poultry, pig rearing and otherwise.

The Buea centre is not training civil servants but training people to acquire skills that can empower them. According to Bernard Fonju, Director of the Buea DDR centre, activities at the Centre are meant for rehabilitation and self-development. He says when the interns do agriculture, it is not training people to go to the ministry of agriculture and seek employment. Training in the Centre is directed to the acquisition of skills that can enable the learners to establish a farm and carry out their personal gainful activities in society. They do driving because it is a domain of high demand. One can work as a taxi driver... 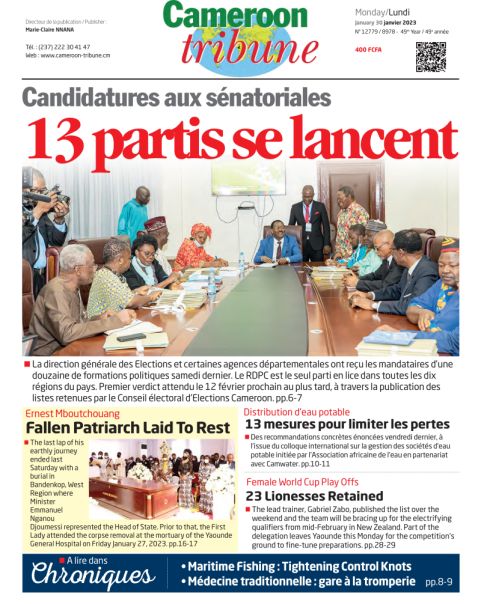