The Founding President of the Circle of Friends of Cameroon (CERAC), First Lady, Chantal Biya and the association’s members, in words and actions have joined the international community in support for therapeutic education for children affected by Sickle Cell. This comes days after the world observed Sickle Cell Day on June 19, with the aim to raise awareness on the disease. The First Lady, also UNESCO’s Goodwill Ambassador for Education and Social Inclusion, yesterday June 29, 2021 sent CERAC delegation with gifts to patients, particularly, children suffering from Sickle Cell at the Mfou District Hospital in the Mefou and Afamba Division of the Centre Region. Heading the delegation was Anne Ndjodo, one of the Vice Presidents of CERAC. She did not only come with various gifts, but also useful information to educate the population on the disease. The event took place in the presence of the Minister of Trade, Luc Malgoire Mbarga Atangana.
CERAC used the event to inform, educate and sensitise the general public and particularly families affected by Sickle cell. While reading the message from CERAC Founding President, the Secretary General of CERAC, Dr Veronique Nganou Djoumessi said it was important to communicate on the disease which is preventable. Through her voice, the First Lady called on young people who are planning to start a family to carry out the laboratory test, notably the blood test to check for the defective form of haemoglobin that underlies Sickle Cell Anaemia.
It was revealed that a man and a woman with the sickle cell status of AS risk having a sickle cell child, for a couple with an SS and AS status the risk of having a sickle cell child is still very much present and even higher when both partners have an SS status.
To all future parents, CERAC had a message on moral conscience, love and duty. Besides the love that exists between a man and a woman, all couples need to undertake a responsible choice of knowing their sickle cell status for it is a useful precaution to avoid suffering, both for parents an... 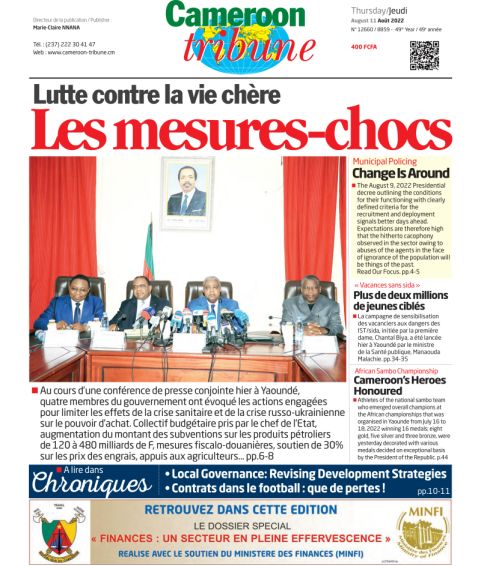