Caro and Copees : The Only Married Couple!

The duet, in their YouTube channel called “Capees Comedy World” prides themselves as the only united and collaborative couple in Cameroon.

If laughter truly heals, then comedy fans both home and abroad have for over a year now been receiving a breath of fresh air with “Capees Comedy World”. It is a YouTube channel animated by Lilian Mbeng who plays the role of “Caro” and Lovert Lambert who fits in the character of Copees. In most of their skits often posted weekly, the duo plays the role of a couple. They have, in a bid to distinguish themselves and create fun, pride themselves as the “only married couple” in Cameroon. The pidgin language used has made comedy lovers create the image of a real married couple settled in a relatively poor environment.
To this couple, being married is relative achievement and they use it to intimidate; and in a humorous manner mock unmarried people. Their slangs, curses, make up; outfits have been the topic and spice of their drama. When the goings are good, “It is Ma Massa” or “My Woman” but when it becomes sour, “it is “Caro” or “Copees”. “Abeg no hurry married man”, “na say you nova married, you no go understand… ano blame you” are just some of the slangs that will make it difficult to watch an episode without cracking a rib. Caro even during her relaxation period will always settle for games that depict the marriage institution. “Madam Mokassa… when did you marry, this year or last year…”
Their collaboration has often got many develop the feeling that this t... 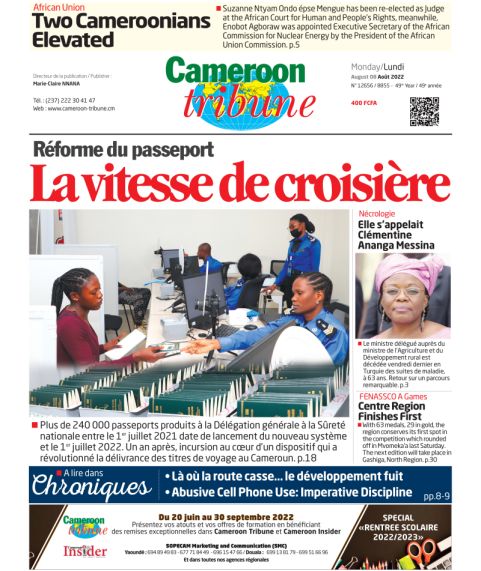